Get your Sunday started with news, weather and information from your News4JAX team.

Cranking up the heat this holiday weekend

NHC tracking the movement of Tropical Storm Agatha in Pacific

Keep up with music, news, and more with this radio app

JACKSONVILLE, Fla. – Two of three armed robbers who stormed into a Southside internet cafe late Sunday night were shot and killed by a security guard while a third robber and a getaway driver got away, according to the Jacksonville Sheriff's Office.

Police responding to the Spin City Sweepstakes internet cafe on Beach Boulevard near Southside Boulevard about 11:30 p.m. found two robbers shot. Officers say one person with a gunshot wound died at the scene and the other died later at an area hospital.

The dead men were identified as Raheem Prather, 28, and Raymond Dixon, 23.

Police hope someone might recognize the third gunman, pictured at right, from the distinctive shoes he was wearing. (Tap to enlarge)

News4Jax learned that a third person, either a customer or employee, was grazed by a bullet. That person was treated for the injury and released. 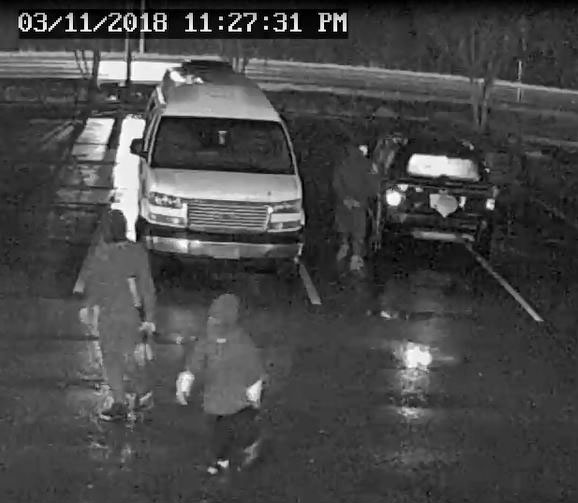 Homicide detectives said that three suspects with guns robbed the business and were trying to leave when an armed security guard who works for the business shot two of the robbers.

The third robber got away in a dark-colored Jeep driven by a fourth person.

The owner of the business, who lives in New York, told News4Jax by phone that he knew nothing about the fatal shooting and immediately said he was contacting the manager to find out what happened and why he wasn't notified.

News4Jax learned there have been 44 police calls to the strip mall, in which Spin City Sweepstakes is located, in the last 15 months.

"I’m sad that there’s people that are dead, but worse that they feel the need to break into a place," said Miranda McLeod, who was visiting a nearby business Monday. "What are you going to get out of it?"

"There is crime all over and you never know when it’s going to hit," customer Eric Streeter said. "I think it’s fortunate that those security guards were there to protect the people that were inside the building."

Eric Rivera, who runs the Precision Barber Shop in the same strip mall, was worried that something bad was going to happen there.

"I’ve always thought things next door were kind of sketchy. I always have to keep my eyes open," Rivera said. "I don’t want to have my clients coming into an environment like that. I’m definitely concerned about it." 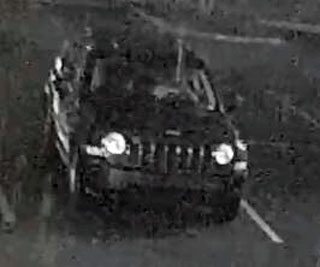 A sign could be seen Monday on the glass, front door of Spin City Sweepstakes, saying the business was closed for the remainder of the day.

Detectives released surveillance video of the gunmen and the dark-color Jeep that left the scene and ask anyone who has information about the Jeep, its owner or driver, or the robber who got away is asked to call CrimeStoppers at 866-845-TIPS. Callers can remain anonymous and be eligible for a reward of up to $3,000.