JACKSONVILLE, Fla. – The lawsuits are piling up and the finger-pointing is escalating as Republican challenger Rick Scott’s slim lead over Democratic incumbent Bill Nelson continued to shrink on Friday as vote counting continued and judges in two South Florida counties heard emergency lawsuits.

Scott's lead over Nelson has narrowed from about 56,000 Tuesday night to 14,966 on Friday afternoon -- only 0.18 percent of nearly 8.2 million votes cast. Florida law requires a recount if the margin is within one-half of 1 percent.

Races for Florida governor and the state's commissioner of agriculture are also so narrow, election officials across the state are preparing to begin recounts this weekend.

Without citing any evidence, Scott alleged Thursday that elections officials in South Florida are trying to "steal" the election for Democrats. The outgoing GOP governor, who has claimed victory Tuesday in his Senate race against Nelson, filed a lawsuit against the supervisors of elections in two South Florida counties, asking the court to order the supervisors to turn over several records detailing the counting and collection of ballots.

"I will not stand idly by as unethical liberals try to steal this election from the great people of Florida," Scott said. “Every Floridian should be concerned there may be rampant fraud happening in Palm Beach and Broward counties. And the supervisors, Brenda Snipes (Broward) and Susan Bucher (Palm Beach County), cannot seem to say how many ballots still exist."

Nelson responded Friday, first with a lawsuit against Florida Secretary of State Ken Detzner over vote-by-mail ballots and the process used to validate them, arguing that it leaves the decision to the "untrained opinions" of poll workers to determine "whether signatures match." 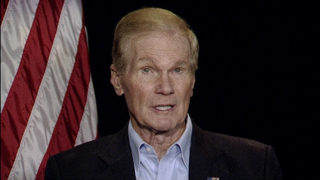 Later in the day, Nelson released a statement saying his efforts are about protecting the right of every Floridian to participate in the process.

"No one should stand in the way of the people of our state exercising their right to vote and to have their voice heard," Nelson said. "Clearly, Rick Scott is trying to stop all the votes from being counted and he's impeding the democratic process. You can see this from his irresponsible, unethical and unprecedented press statement last night that he's worried and he's desperate."

At an emergency hearing on Scott's motion in a West Palm Beach courtroom at midday Friday, Judge Krista Marx ordered that any damaged ballot that Bucher or her Broward County staff throws out will need to go in front of the canvassing board.

Marx also ordered Bucher to provide a list by 4 p.m. Friday of everyone who voted by provisional ballot.

Marx also ordered that any undervote, overvote or damaged ballot the supervisor or her employees determined to throw out without the canvassing board must go in front of witnesses of the parties.

At a similar hearing in Broward County three hours later, an attorney for Supervisor of Elections Brenda Snipes told the judge it would be inappropriate for the court to intervene at this time simply because Scott wants the counting process to be sped up.

Despite the request for more time, Judge Carol-Lisa Phillip found that Snipes violated that law by failing to turn over the information to attorneys for Scott's Senate campaign and the National Republican Senatorial Committee and said Snipes must allow inspections on or before 7 p.m. Friday evening.

In Nelson's lawsuit, filed in federal court, U.S. District Judge Robert Hinkle asked the state to respond to Nelson's lawsuit by Saturday morning. The judge could order a temporary ruling before the noon deadline.

A hearing has been set for 1 p.m. Wednesday.

RECOUNT RULES: When does it begin? When will we know results?

Thursday night, Scott also said he had asked the Florida Department of Law Enforcement to investigate the way the ballots were being handled and counted in those two counties, although the FDLE has said it is not investigating at this time as no allegations of voter fraud have been received and Scott has not put his request in writing.

Meanwhile, President Donald Trump tweeted: "Law Enforcement is looking into another big corruption scandal having to do with Election Fraud in #Broward and Palm Beach. Florida voted for Rick Scott!"

Leaving the White House Friday for a trip to Europe, Trump accused the Democrats in Florida of working with the same people who committed fraud with the "fake" Russian dossier.

"You look at the dishonesty. Look, bad things have gone on in Broward County. Really bad things," Trump said.

Trump also said it was possible the federal government could get involved in the Florida vote count.

Rick Scott was up by 50,000+ votes on Election Day, now they “found” many votes and he is only up 15,000 votes. “The Broward Effect.” How come they never find Republican votes?

The margin in the race for governor between Republican Ron DeSantis and Democrat Andrew Gillum has also narrowed to just over 36,000 votes, within the one-half percent difference that would trigger a recount. The race has tightened considerably since Gillum conceded to DeSantis on Tuesday night.

Gillum's campaign said it has hired attorney Barry Richard, who represented President George W. Bush in the 2000 recount, and is monitoring the situation. Gillum's campaign said his initial concession Tuesday night was based on "best information available about the number of outstanding ballots" at the time.

"Since that time, it has become clear there are many more uncounted ballots than was originally reported," the campaign said. "We are committed to ensuring every single vote in Florida is counted."

DeSantis declined to discuss prospects for a recount, telling reporters he's "very proud to be elected."

The campaign would only say, "We're working really hard on the transition."

Republican secretary of agriculture candidate Matt Caldwell finished election night with a razor-thin lead over Democrat Nikki Fried. As votes have trickled in over the last three days, Fried took the lead, by fewer than 3,000 votes, according to numbers posted by the Florida Division of Elections.

Once Florida counties submit their unofficial election results to the Department of State -- due at noon Saturday -- Secretary of State Ken Detzner, a Scott appointee, will review the results and decide whether to order recounts.

In elections offices across the state, provisional ballots and some overseas ballots that are given an extended deadline to arrive are still being counted.

But elections experts say the process is working exactly how it is designed under a state law that gives county supervisors until noon Saturday to submit their preliminary, unofficial results to the Florida Division of Elections.

Duval County Supervisor of Election Mike Hogan said initial counting should wrap up Friday, then they'll prepare for whatever is next.

St. Johns County's elections office already has plans for its canvassing board meet at 9 a.m. Monday through Wednesday to oversee a recount.

Florida's is a perennial swing state, and many of its elections have been decided by the thinnest of margins since 2000, when Florida decided the presidency by 537 votes in a contest that took more than five weeks to sort out. Still, the state has never seen so many dead heats in one year.

Sarah Revell, a spokeswoman for the Florida Department of State, didn't know of any other recount in a governor or Senate race in state history.

Florida was mocked for its handling of the infamous 2000 recount. At the time, the state lacked uniform rules for how to proceed. That has changed, with the Legislature passing a clear procedure on how a recount should be conducted.

Trying to make sense of all of this election jargon can be confusing. We’ve included a glossary of definitions to help guide you through the vote-counting process.

University of North Florida political science professor Matthew Corrigan thinks these recounts are important for a democracy but is cautious of the ways it could be carried out.

"When you bring the Florida Department of Law Enforcement into it, you’re moving away from an individual interest as a candidate to your role as governor and you really can’t referee your own election," Corrigan said.

But Duval County Property Appraiser Jerry Holland, who spent a decade as the supervisor of elections, supports a police investigation into why there were problems getting accurate results.

"I think it adds transparency," Holland said. "If you have several of these, I would want to FDLE in there. I would want the Department of Justice in there.I would want as much oversight and transparency because, at the end of the day, we do want to see if it’s the difference between fraud and competence."

Copyright 2018 by WJXT News4Jax. The Associated Press contributed to this report. All rights reserved. This material may not be published, broadcast, rewritten or redistributed.

This Emmy Award-winning television, radio and newspaper journalist has anchored The Morning Show for 18 years.