She chatted casually with the investigators for two hours -- until they confronted her about Joleen Cummings.

Kessler's co-worker at Tangles Hair Salon had disappeared, and they knew she had something to do with it, they said.

Kessler, 50, is now charged with killing Cummings, a 34-year-old mother of three. But at the time of the interview last May, Kessler had been charged only with stealing Cummings' SUV.

Investigators said that after Cummings was reported missing by her family, they found video showing Kessler ditching the SUV at a Home Depot parking lot.

“Something you didn't plan happened; something bad,” one of them says.

They tell her they have surveillance video and evidence from Tangles, the hair salon where the women worked together.

That evidence, later released by prosecutors, includes an unsettling amount of blood found on the salon’s walls, chairs, cabinet and sink.

The detectives tell Kessler that investigators searched her storage unit and found her shoes with Cummings' blood on them.

During the interview, Kessler had told the detectives about her past -- that she'd left her 14-month-old son behind nearly 20 years ago and hadn't seen him since. She told them she worked as a stripper, a cocktail waitress, a truck driver, and got a realtor’s license in Arizona. She said she hasn't talked to her family in Pennsylvania in a long time.

"The detectives are certainly getting her to a position where she’s comfortable, maybe, revealing information about her personal history and the next level would be, hopefully, to have her reveal something about the specific case," attorney Rhonda Peoples-Waters, who is not affiliated with the case, told News4Jax on Thursday.

After confronting Kessler with the evidence, one of the detectives acknowledges the burdens Kessler carries, saying now she has one more. He tells her the dream life she's been hoping for probably isn't going to happen.

They know about the tension between Kessler and Cummings, he says.

Evidence previously released in the case suggests a confrontation took place between the two women on May 9, just days before Cummings’ disappearance. A co-worker said Cummings mentioned wanting to look into Kessler’s background because she had become suspicious of her identity.

"I think Joleen is dead and I think you know where Joleen is," one of the detectives says in the interview.

The detective presses Kessler, saying he knows he'll have to tell Cummings' family that she's gone. But she can have a proper burial if Kessler tells detectives where her body is.

Before they leave the room, one of the detectives tells Kessler, “I know she's dead,” and promises to reunite Cummings with her children.

Photos give glimpse of stolen life 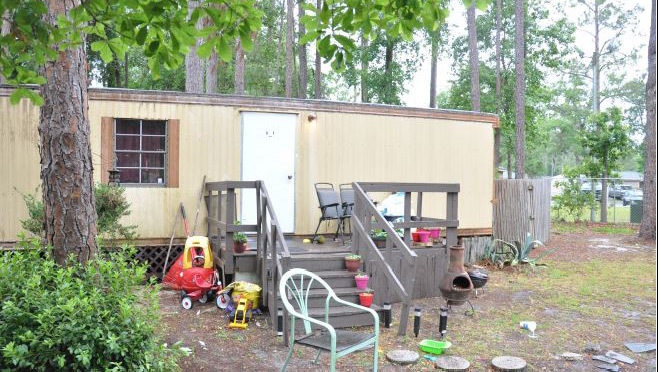 More evidence photos released Thursday offered a glimpse into the life of the woman Kessler is accused of killing.

Investigators took photos of Cummings' home as she left it last May when she went to work at Tangles Hair Salon in Yulee -- never to return.

The haunting images show a house once full of life, with children's toys, books and a small table and chairs. Cummings was supposed to pick up her three children from her ex-husband on Mother's Day last year.

She never showed, and her family reported her missing.

The images of Cummings' home include one of a receipt from a fabric store showing that Cummings purchased fabrics and artificial flowers the night before her death.

More evidence of a life unfinished.

In another photo, a sign that says "Family" can be seen on a shelf in the living area.

Cummings' mother, Anne Johnson, has attended every court hearing for Kessler since her daughter's disappearance.

At the most recent hearing, Johnson asked for prayers as the anniversary of her daughter's disappearance looms.

Earlier this month, the State Attorney’s Office released hundreds of pages of documents and other evidence that provide a glimpse of what Kessler was doing in the hours before her arrest.

That evidence included surveillance video and evidence photos taken inside Tangles Hair Salon and items Kessler is accused of buying at Walmart.

Kessler’s attorneys have been fighting to keep certain pieces of evidence under wraps, arguing that their release could taint the potential jury pool and jeopardize their client’s right to a fair trial.

Images released so far showed evidence markers and a discarded shoe in a wooded area behind the salon and blood all over the salon.

There was also blood on a bleach bottle and a mop. A blacklight photo of the mop shows blood that showed up in mop strokes on the floor after crime scene investigators applied the chemical luminol.

In addition, video showed Kessler’s Kia Soul leaving the Walmart. She and the vehicle were also seen at a nearby car wash. Investigators said $1,600 in cash was found in her car at the time of her arrest.

Though Cummings' body has not been found, investigators said they’ve found several notable items at a Georgia landfill.

The case has attracted national attention in part because authorities said Kessler, who went by Jennifer Sybert, has used 17 aliases over the years.

The results of a psychiatric evaluation of Kessler are expected to become available soon.