GREEN COVE SPRINGS, Fla. – Two weeks after an Oakleaf businessman was held at gunpoint, beaten and tied up during a home invasion, the Clay County Sheriff’s Office is warning people to be careful what they post on social media.

Deputies said a young man running a cosmetology business from his home was flaunting his success and wealth on social media when he was targeted for robbery by three men and two women from Jacksonville's Northside.

"It resulted in several masked individuals kicking in the door of the home and placing the homeowner at gunpoint," Sheriff Darryl Daniels said. "The warning for the citizens of Clay County and the citizens of the viewing audience is this: Don't put too much of your information out there for the public to see if you don't want to become the victim of somebody who wants to take advantage of an opportunity."

The three men broke into the home in Eagle Landing on May 19, put a gun in the homeowner’s mouth and demanded money. Deputies said the victim told the intruders there was $140,000 in the attic.

The report said the victim was then tied up with cellphone charging cords and sprayed with pepper spray before leaving the home.

Lt. Mike Layne, who led the investigation, said the robbers identified somebody who had something that they wanted and they would have stopped at anything to get it.

"Before the incident was over, (the victim) had facial injuries. He had been kicked, punched. He had been tied up with zip ties," Layne said. "Our victim in this case is very lucky to be alive."

Skylar Albritton, 19, and Juwan Grier, 25, were arrested a few days after the home invasion. After what they called an extensive investigation, three others were arrested: Edward Brandy, 19; Bobby Dunbar, 20; and Demar Priestly, 23.

All five are charged with home invasion with a firearm. Dunbar, Grier and Priestly are also charged with grand theft and false imprisonment.

Deputies said those involved with the robbery had been “living it up” the past few weeks by buying cars and taking vacations with what they stole, the Sheriff's Office said. They said much of the money and assets purchased with the stolen cash have been recovered.

In announcing details of the case, the Sheriff's Office warned people not to promote too much personal information or images of success and wealth on social media, saying that is why this home was targeted. 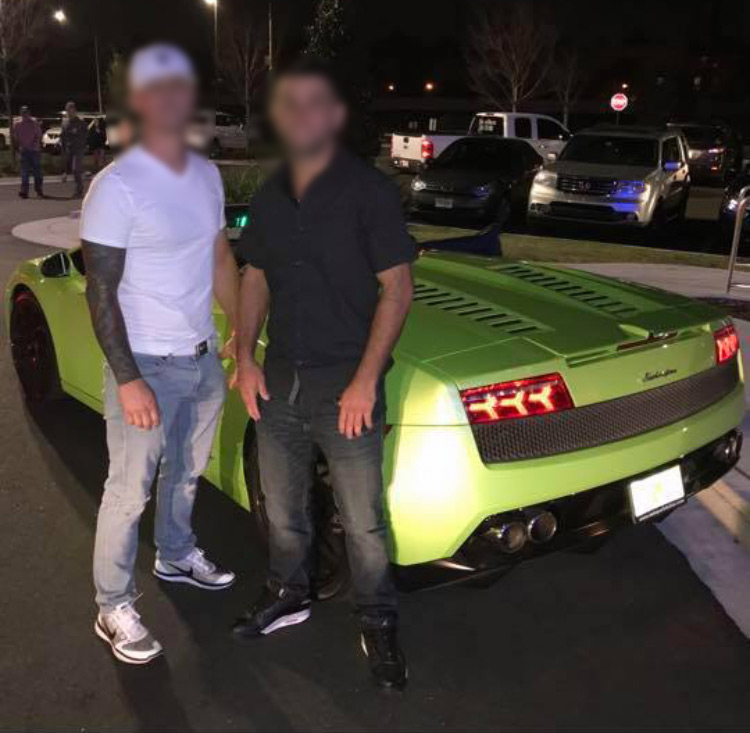 This Facebook photo of the homeowner with a Lamborghini is the type of social media post that authorities discourage.

News4Jax crime and safety expert Ken Jefferson reinforced that suggestion. The investigative report said the suspects had been following the victim's posts for a while before they broke in and even called the homeowners by name as if they knew them.

"When you’re flaunting photos of your personal belongings and your items, it’s an opening. It’s basically saying, 'Hey, here’s my schedule when I’m not here. You can come (and) get it," Jefferson said. "Or even if I am here, they can force their way in just like they did."