'We hear you’: City leaders call for peace, change after protests rock Jacksonville

JACKSONVILLE, Fla. – The sustained winds of Hurricane Dorian remained at 110 mph at 11 a.m. Friday, keeping it a Category 2 storm as it moves over open ocean, appearing to head for the East Coast of Florida.

The storm is expected to become a major hurricane sometime Friday, and it will remain a dangerous hurricane through the weekend.

A hurricane watch was issued for the Northwestern Bahamas

The timing of landfall was pushed to Tuesday morning, although still in the southern half of the state. The entire peninsula of Florida is within the forecast cone.

Because the track landfall calls for the storm to turn north and forward motion slow down, this could bring flooding rains into the greater Jacksonville area through much of next week.

The state of emergency Kemp signed said, "Due to downed trees, power lines, and debris, Georgia's network of roads may be rendered impassable in the affected counties, isolating residences and persons from access to essential public services."

The state of emergency will help state agencies to assist with prep, response and recovery. 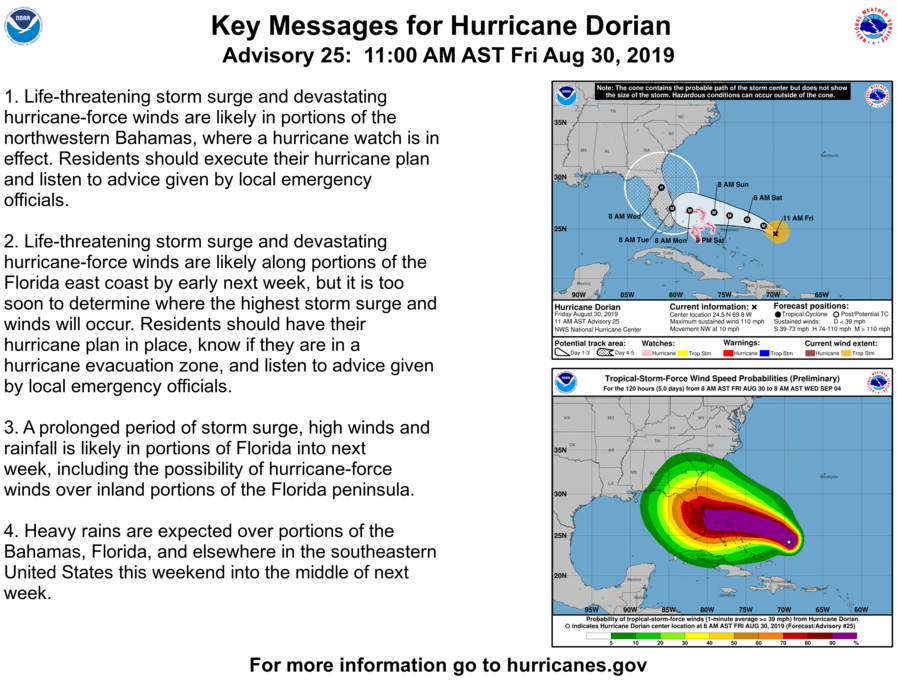 She is thrilled to be in the River City where she can catch the JU Dolphin's games and study the diverse weather patterns.

Our chief meteorologist lives and breathes the weather on the First Coast.