Mother of 6, her parents killed in head-on crash

JACKSONVILLE, Fla. – An 84-year-old man kidnapped from his home last week by a robbery suspect fleeing police died peacefully Tuesday morning from injuries suffered when his carjacked SUV crashed, someone who knows the family told News4Jax.

Louis Reese was critically injured in the crash on Atlantic Boulevard in East Arlington after being taken at gunpoint in his SUV on an 8-mile police pursuit. Two Jacksonville police officers were seriously injured during the chase. One has been released from the hospital, but the second remains in fair condition.

Reese had been on a ventilator in intensive care at Memorial Hospital, but had acknowledged his doctors with hand signals, the family said.

RELATED: Support pours in for JSO officers, man injured in chase |
What we know about suspect in Mayport crime spree 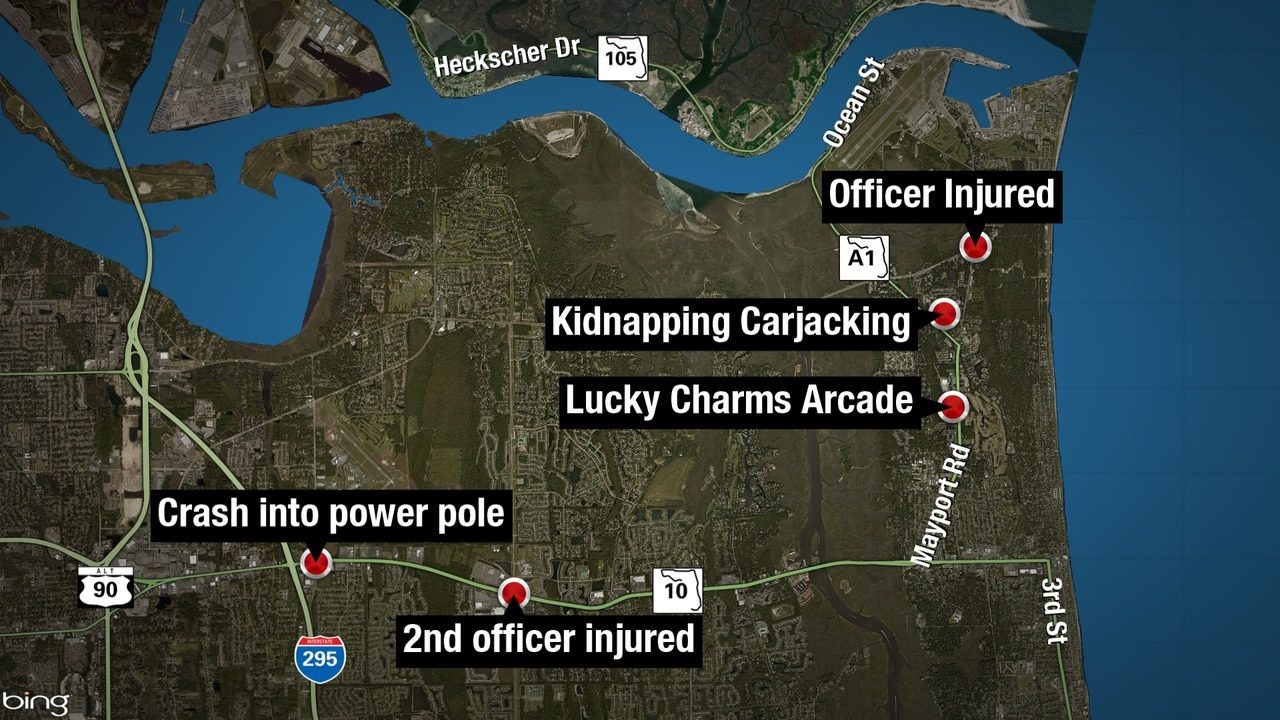 They said all of Reese's ribs were broken and he had a broken leg, broken arm, broken spine, a collapsed lung and a punctured lung.

Frank Arguilla lived down the street from Reese for decades and said he was a one-of-a-kind neighbor.

"Just a loving, caring guy. Never bothered anybody," Arguilla said. "Sad at the way he left us."

Reese will be laid to rest with military honors from the U.S. Navy after a funeral service at 1 p.m. Monday, Jan. 21, at Oak Harbor Baptist Church.

Pastor says Reese was a member for nearly 50 years

"It's just heartbreaking to know what he’s going through right now, but we’re praying for him and praying for the family and, of course, the officers, too, that went through this -- but it really has impacted the whole community," Tarkington said last week.

The church will continue to collect funds for Reese and the injured officers. To donate, go online to www.oakharbor.church and choose the GIVE option. The funds will be distributed between Reese and the two officers, the church said.

Tarkington said Reese's family was still trying to piece together everything that happened.

"You know, it’s a shock, the events that took place," the pastor said. "You see this and you wonder… this happens in movies and things, but this really happened here and it impacted an individual we know. Every time a story like this takes place I think, sometimes, we may miss that it impacts real people."

Two officers, Christopher Rouselle and Josh Wiggins, were injured during the chase. News4Jax learned Tuesday that Rouselle was released from the hospital. Wiggins was listed in fair condition.