MEMPHIS, Tenn. – Memphis locals say the Rev. Richard Hamlet is focused on building his own empire, rather than trying to improve the quality of life of the people living in the subsidized housing complexes he owns. Many are in desperate need of repair.

News4Jax went to Memphis and found apartments infested with bugs, brown water, rats and black mold, along with electrical and structural issues. Hamlet's tenants said they are outraged that his attention isn't on the less fortunate.

While in Tennessee, News4Jax traveled to a working-class neighborhood in Hickory Hills. Hidden behind a gated entrance is what some call a pastor's paradise on 18 acres of land.

News4Jax confirmed Hamlet's Global Ministries Foundation paid $1.25 million nine months ago for the satellite campus called the Stephen Olford Center. It's a facility the pastor said is designed to teach men and women how to preach. 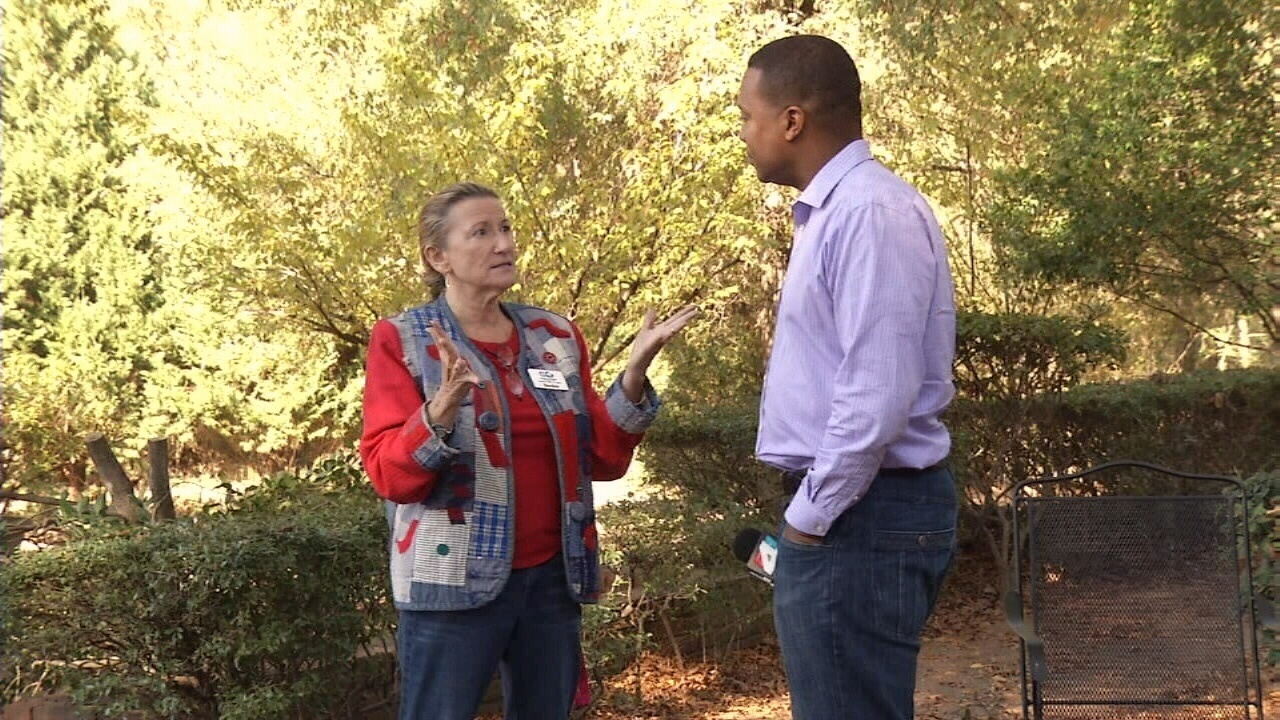 "It's a place where ministers can come, churches can come and be taught by Dr. David Olford," said Beckie Levantino with the center.

The center features 60 dorm rooms, a commercial grade kitchen, dining facilities, a swimming pool, and a chapel that accommodates 250 people. The campus has walking trails and basketball courts. Employees say it's designed to house large meetings, events and even weddings. The retreat's elegance is a far cry from the properties Hamlet owns in many cities, including Jacksonville. 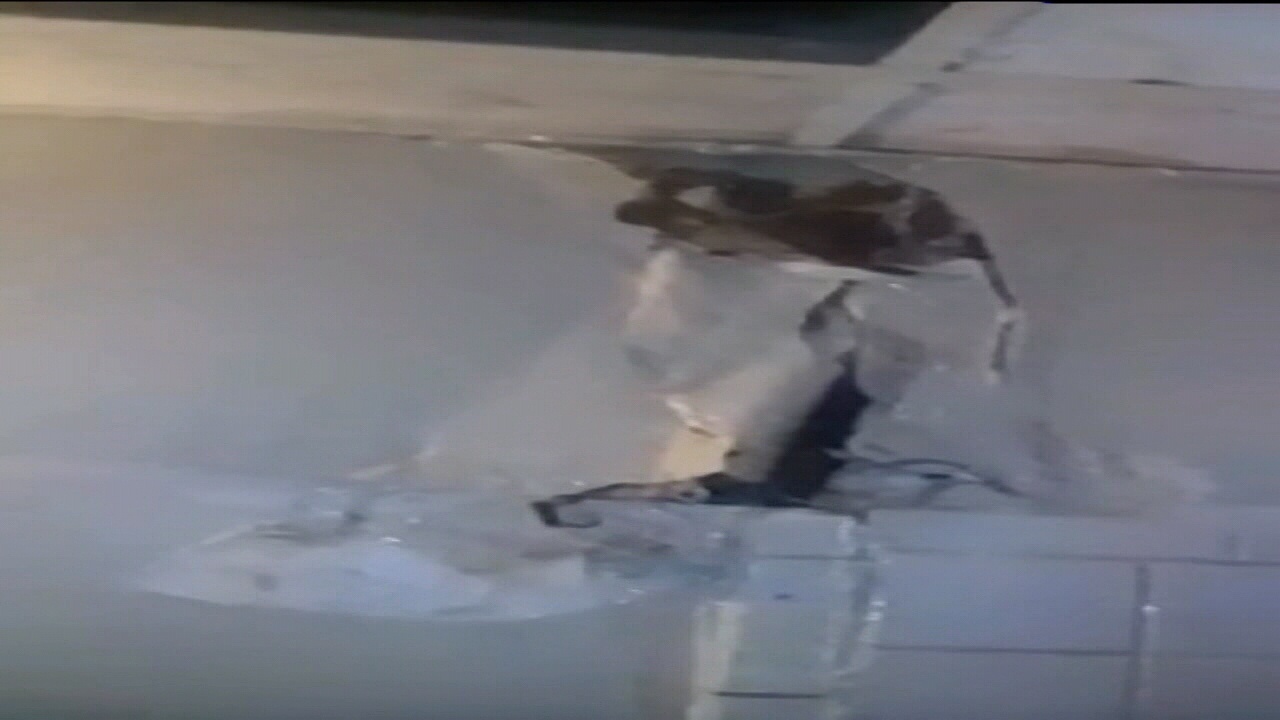 Robert Avant lives just 30 miles away from the retreat in the Warren Apartments, a GMF property that failed a HUD inspection last year. Avant said that when the family living above him uses the bathroom, the sewage runs down the wall into his apartment. Cellphone video Avant shared with News4Jax shows water flowing from above.

"If I come in and take a bath or whatever, and they flush their toilet, all of that just leaks down, and it will be flooded right here. We got the towel to soak the water up," he said. 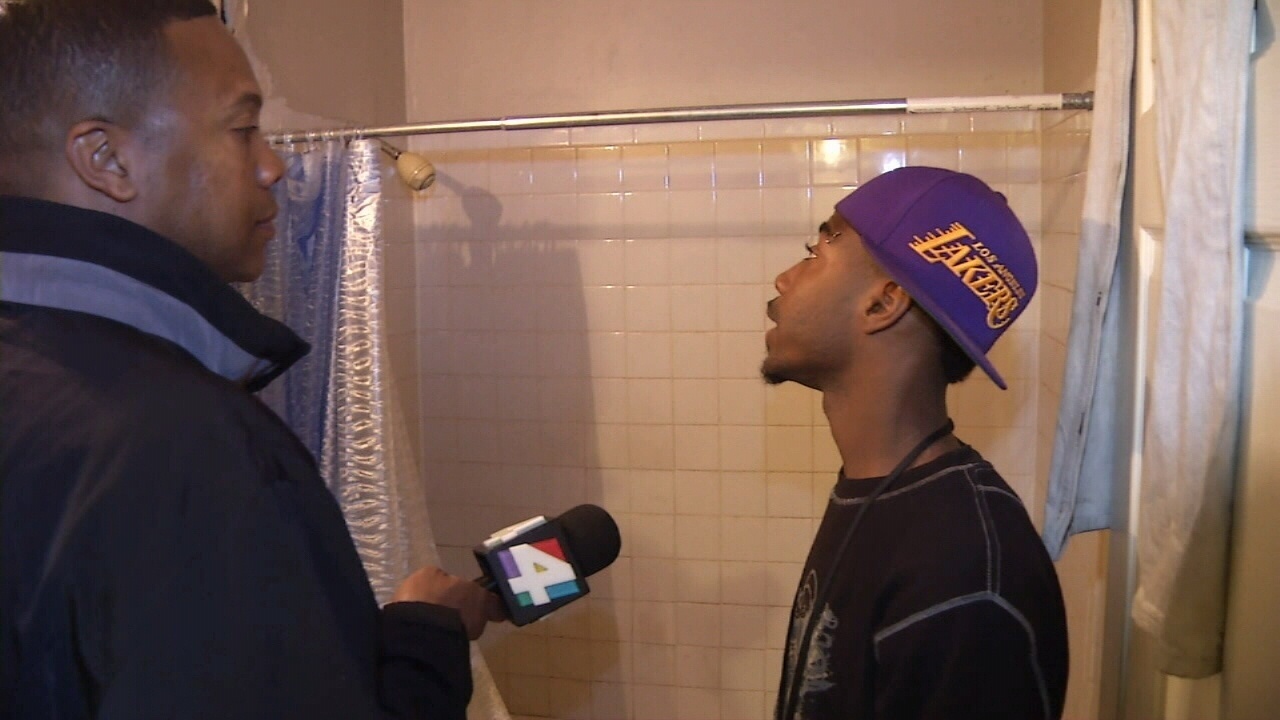 Avant said he's put in requests to fix the piping in his ceiling for several months with no response. For now, he uses bleach to clean up the mess.

There are other problems, too. At three of Hamlet's Section 8 housing complexes in Memphis, residents complain of persistent black mold, unsanitary drinking water, and bathrooms in deplorable conditions."How did your son get sick?" News4Jax asked Goodwill Apartment resident Quanderia Dorsey. 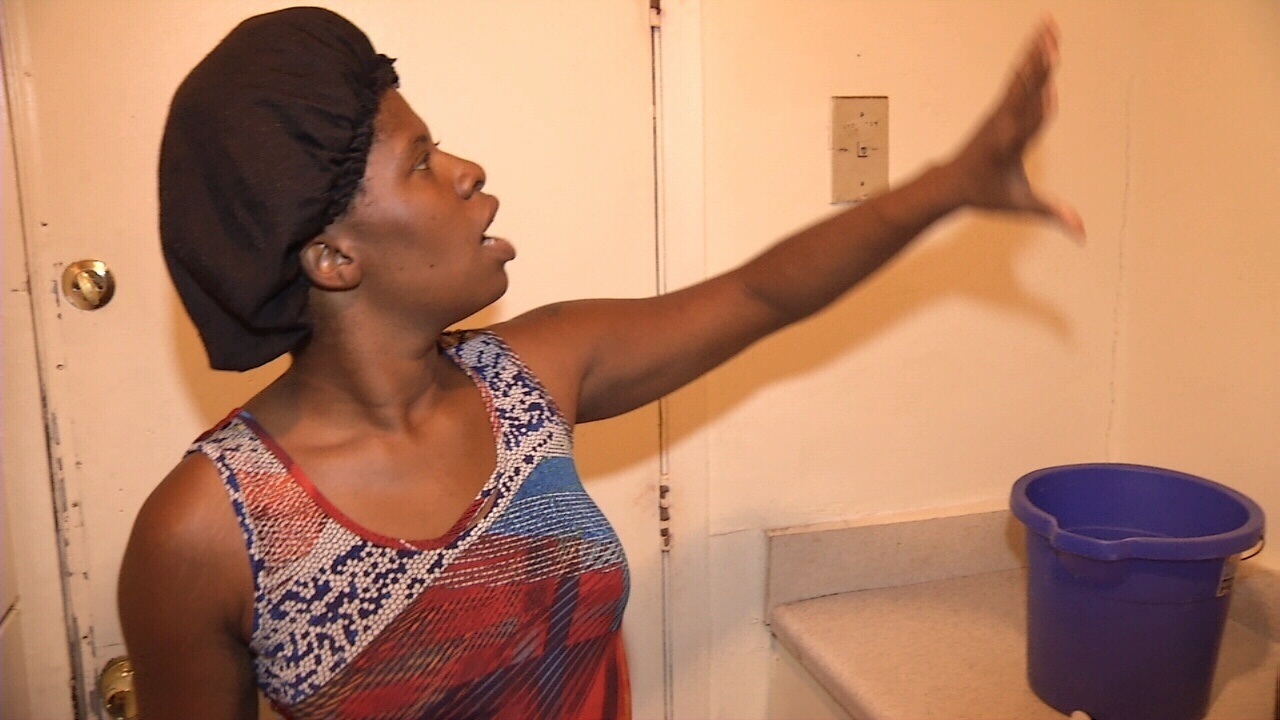 "How did your son get sick?" News4Jax asked Goodwill Apartment resident Quanderia Dorsey.

"From the mildew and from the water," she said. "The water is brown."

We took the concerns of these residents to Hamlet's Global Ministries Foundation office in Memphis.

Hamlet agreed to sit down for an interview.

"Why not take that $1.5 million that you put into the Olford Center and put it into those properties?" asked News4Jax.

"There are two different business plans. The Olford Center -- we have donors that give to our foundation for specific ministry projects. We work in 30 countries around the world," Hamlet responded.

Hamlet said his housing projects are a sustainable business and that the ministry is a separate entity within his business model. Hamlet said he made substantial improvements at his three troubled apartment complexes, evacuating 45 families out of their homes because of the poor conditions, and then moving them back in after repairs were made in April.

But residents said Hamlet is blatantly neglecting the needs of the poor.

"When you see some of the conditions that people are living in, how does that affect you?" News4Jax asked Hamlet. 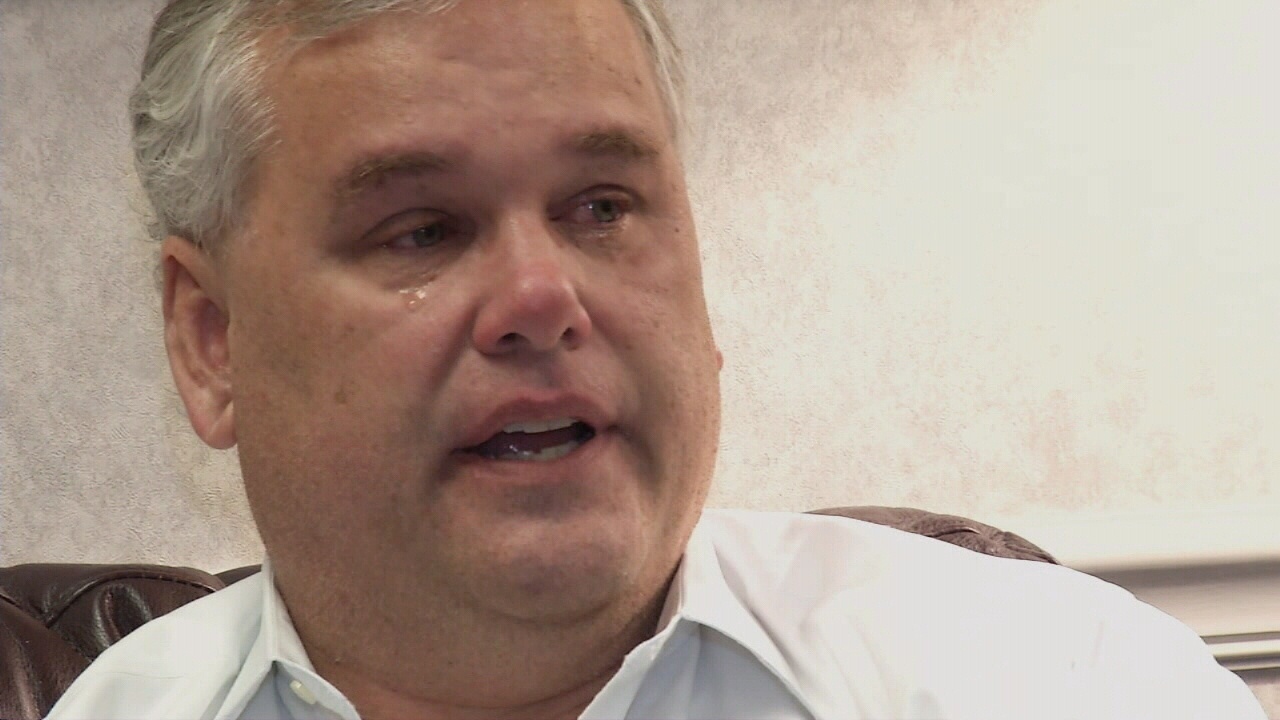 News4Jax spoke with Brad Watkins, the director of the Mid-South Peace and Justice Center in Memphis, about Global Ministries Foundation. Based on the living conditions residents face, he has some harsh opinions of Hamlet.

"He's a criminal, a criminal masquerading as a man of God, and he's doing it with public money. He is taking advantage of people in the most vulnerable of circumstances and (has) retaliated against people who complain," said Watkins. 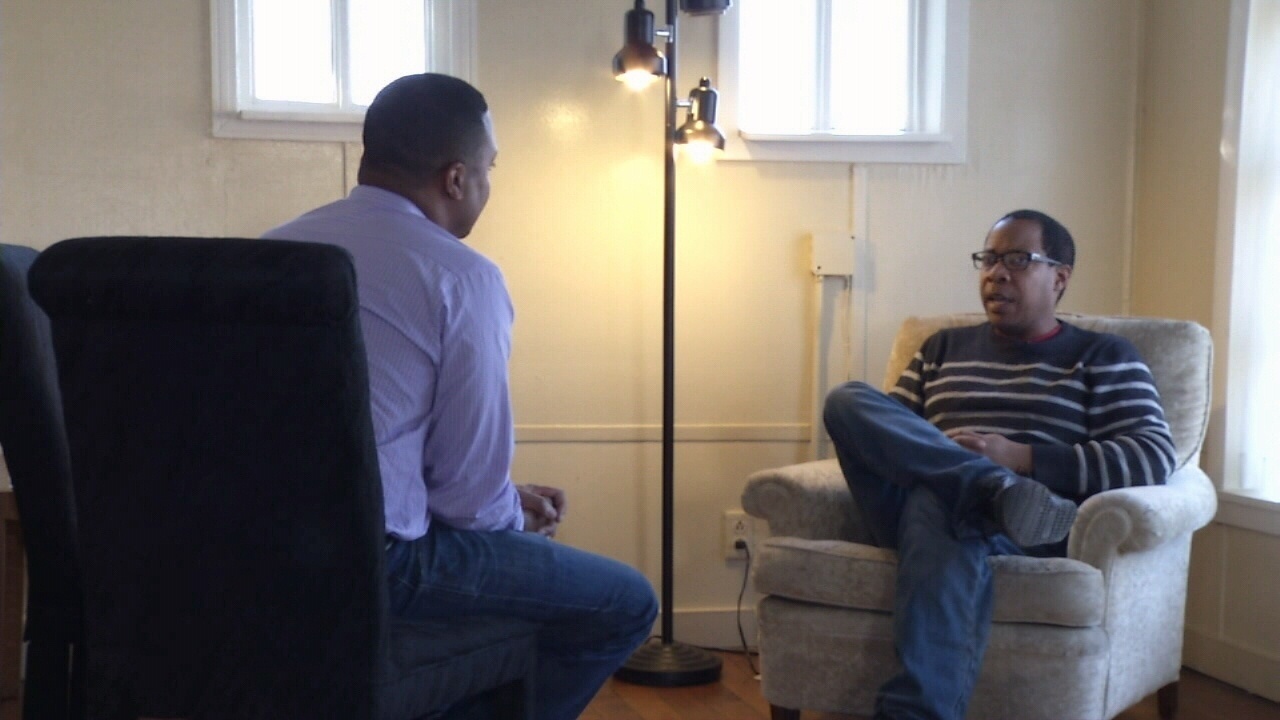 Watkins said the purchase of the Hamlet's retreat center in the midst of a federal housing investigation disgusts him. He said it sends the message that Hamlet's growing empire is more important than the people living in squalor in Memphis, Jacksonville, Orlando and New Orleans.

Watkins is planning a boycott of the Stephen Olford Center.

"We're going to make sure that every church congregation who considers going there takes their business somewhere else," Watkins said. "You cannot do God's work with the den of a person who is the worst sort of example for Christianity and worst example of a pastor and a reverend." 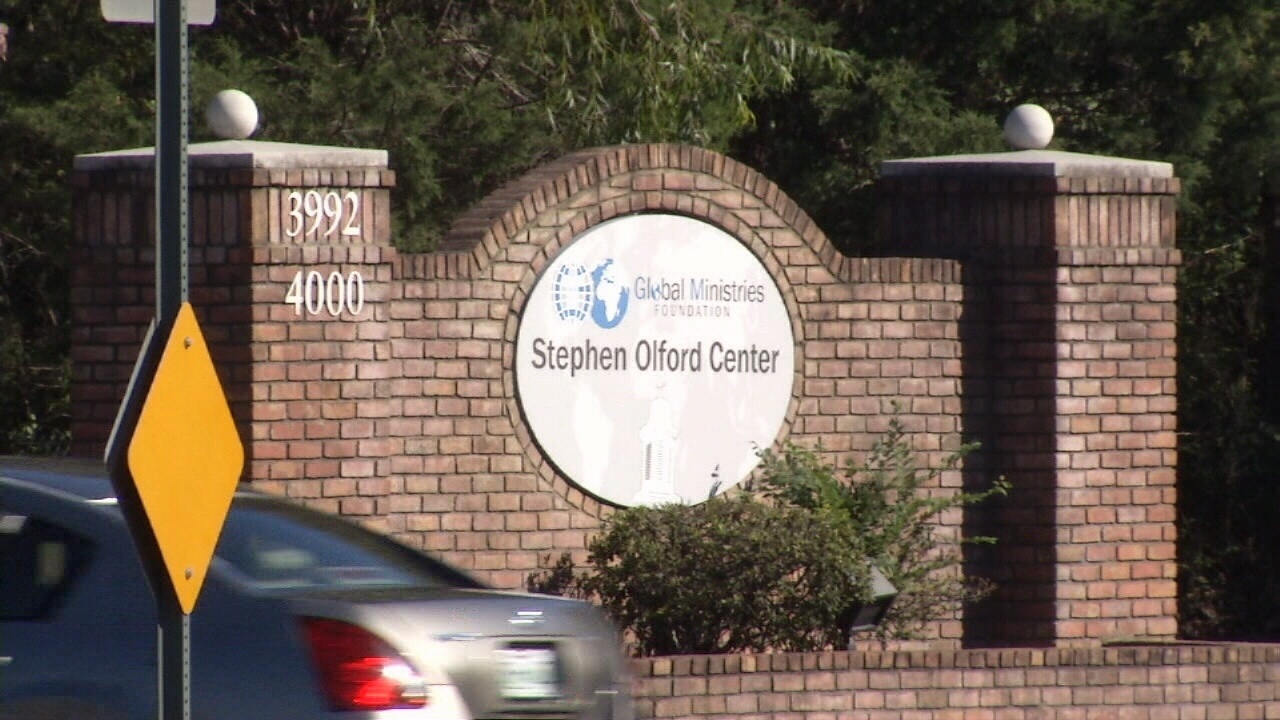 Hamlet said he wanted the legacy of the Stephen Olford Retreat center to continue, after Olford's death. The Olfords and Hamlets are family friends.

Hamlet own 61 properties in eight states and reports an annual salary of $485,000 a year. News4Jax also learned, according to tax documents, Hamlet has hired several family members.

Hamlet tells News4Jax he deserves his salary, because of all the hard work he puts in every single day.

News4Jax received an email response from attorneys on behalf of Hamlet once promotion of this story began airing.

Even though tenants told News4Jax that they complained several times to management about the need for repairs, Hamlet's attorneys claim, in part, that property managers had no work orders for the apartments highlighted in this story.

Now that Global Ministries Foundation has learned of the complaints, the repair process has started, the attorneys said. Avant, whose bathroom ceiling leaks, has confirmed that repairs have started at his apartment.

The complete email response from the attorneys is below:

We write on behalf of Reverend Richard Hamlet and GMF-Jacksonville Pool, LLC in connection with the above properties. We understand that Mr. Minor is planning a story to be aired shortly. We wanted to provide you with some additional information to ensure that the story is complete and accurate.

Goodwill Villages
We understand that Mr. Minor received testimony from a Ms. Quandaria Dorsey regarding her inability to open or close her window.

Before Mr. Minor’s recent visit to Goodwill Villages, the property manager, LEDIC, had received no work orders for the window in Ms. Dorsey's unit. Since she made this complaint, LEDIC has visited the unit to investigate. LEDIC found no evidence that the windows were not working. LEDIC inspected the windows and took pictures of them in the up and down position. LEDIC also had Ms. Dorsey sign a statement attesting to the fact that all of the windows are in working order.

Goodwill Villages does not have any current work orders related to inoperable windows. However, it does have 7 windows with the glass broken—all of the glass was broken on or after Friday, November 13, 2015. Replacement glass has been ordered and the vendor will be on site as soon as possible to replace the broken panes.

Warren Apartments
We understand that Mr. Minor obtained a video sent to him via cell phone taken by Mr. Robert Avant that contained footage of a ceiling leak. No work order was ever filed by Mr. Avant regarding a leak. LEDIC just learned of this leak and went by this morning (11/16) to check the ceiling. There was in fact a leak at some point unknown to LEDIC, but it is not currently leaking. Contractors have been contacted to repair the ceiling as soon as possible.