Loving Thursday, not so much thereafter as winter returns

Firefighters bring fire under control at Grumpy’s Restaurant in Middleburg

Ex-councilman Reggie Brown now out of prison; his home to be forfeited to government

JACKSONVILLE, Fla. – A young girl attacked by a dog Sunday morning in an Arlington home was hospitalized with critical injuries, according to the Jacksonville Sheriff's Office.

It happened about 10:15 a.m. on Herrick Drive, just off Merrill Road. News4Jax was told the dog bit a 6-year-old girl on the neck and that the injuries were life-threatening.

Hightower said he was outside when his neighbor ran out saying her dog bit a child and told him to call paramedics. He said the child appeared to be between 3 and 6 years old.

"She ran out of the house and secured the baby and came laying the baby right here and told us to call the paramedics," he said.

Jacksonville Fire-Rescue confirmed it transported of a dog-bite victim to the hospital, but couldn't provide any information on injuries. Hightower said it didn't appear the child was conscious and he couldn’t do much but pray everything would be OK. 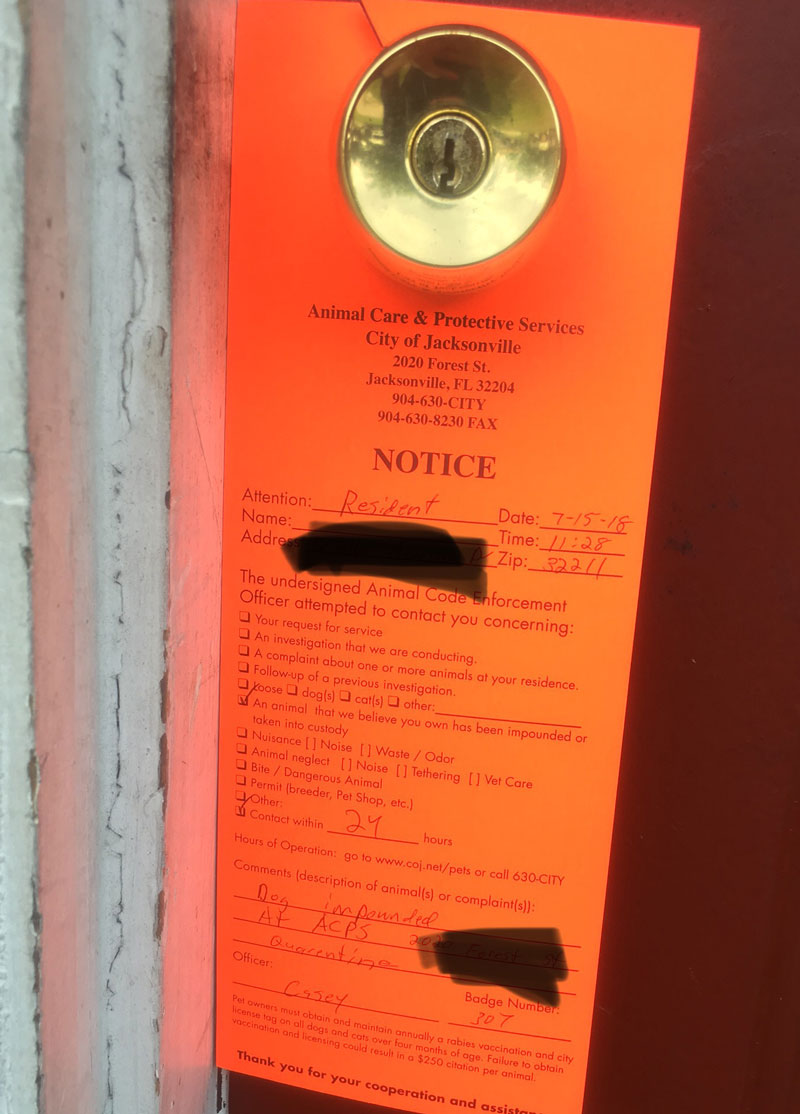 "My whole family, we hope she lives," Hightower said.

Late Sunday afternoon, JSO announced that the child was in severe life-threatening condition and that homicide detectives were leading the investigation.

The JSO post said the dog that attacked the child was not the family's pet, but they were watching the dog for someone who was away on vacation.

Police said the dog that bit the girl is a pit bull mixed breed and it was brought to the animal shelter.

Jacksonville Animal Care and Protective Services came to the house Sunday afternoon and removed at least one dog, although that dog (shown below) did not appear to be a pit bull mix.

A note posted on the door of the home informs the residents that an animal was impounded and placed in quarantine. The homeowner was asked to contact ACPS within 24 hours.

Created WJXT.com in 1995 and managed The Local Station's website through 2021.