Here is a list of books to help you get through the dog days of summer. Chef Ron Block put together an amazing list of fun beach reads. Not all new, but a little something for all tastes- try something you may not normally read! New ideas, New places and just plain fun! There is sure to be something on our list to appeal to everyone!

Big Girl Panties is the debut novel from a voice we are going to hear a lot more from. A rollicking romantic comedy paired with serious takes on body image and modern relationships. Holly is facing life after the illness and death of her husband at a young age and has a chance meeting with Logan, a personal trainer to the stars on an airplane. The unlikely friendship that develops will draw you in and treat you to a joyous ride that surprises and delights! 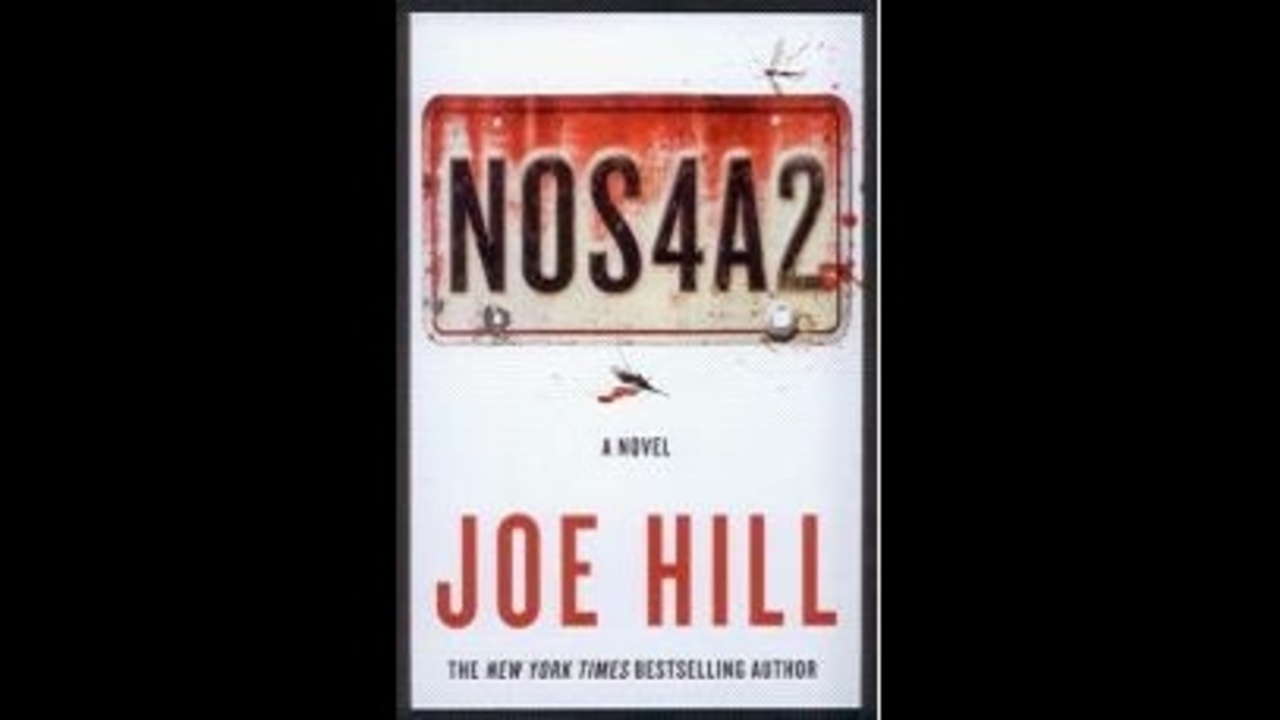 NOS4A2 (pronounced Nosferatu) is the third thrilling novel from the son of horror master Stephen King. The books villain is a ghoul, Manx, who lures children to a place called Christmasland. Many years ago he lured Victoria to go with him in his car where he took her to ghoulish places of unspeakable evil. Vic is the only child to have ever escaped Manx an the story picks up years later as Manx seeks his revenge on Vic by picking up a new passenger- her own son. While never needlessly grotesque, this novel will still send a chill! Even if you don't read horror fiction, you should try this exciting and immensely readable tale! 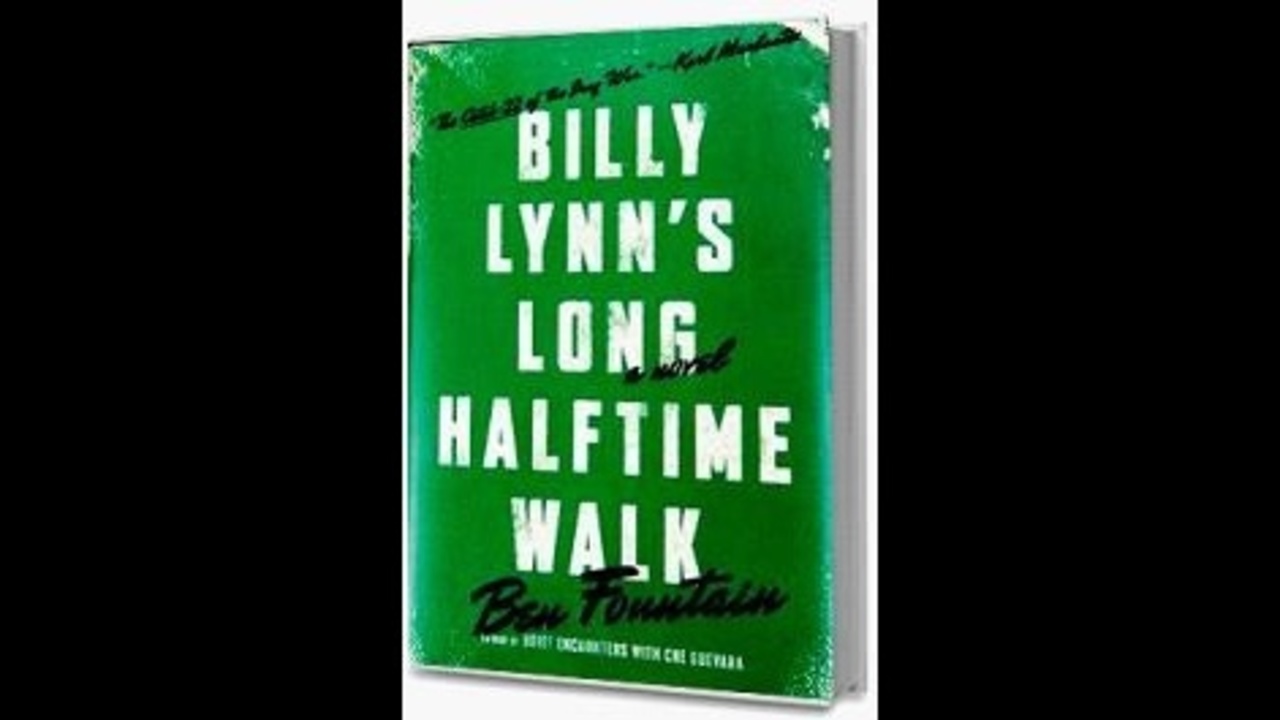 This book, Long Halftime Walk, was a critics favorite from last year, and with good reason. It has been hailed as THE Iraq War Novel. The story centers on Billy, a member of the Army Bravo Corps whose heroic efforts have been caught on FOX news and the Corps is brought back to the United States for a tour to celebrate their victory. The story involves family, the Super Bowl, Hollywood and Destiny's Child- but somehow leaves an imprint on your sould that will not soon be forgotten. Winner of the National Book Critics Circle Award.

Gaiman, master storyteller with a gigantic following does not disappoint in his latest work for adults. His story, The Ocean at The End of the Lane, once again he evokes the magic of stories, and of the bridge between childhood and adulthood. The nameless narrator is middle aged and while returning home for a funeral searches for clues to his 7 year old self. His memories and search for explanation reveal how a single suicide of a boarder in his parent's home brought about a series of events unimaginable for such a young man, and brings the reader to ponder the path to adulthood This one will make you want to go back and read everything Gaiman has ever published. " Adults are content to walk the same way, hundreds of times, or thousands; perhaps it never occurs to adults to step off the paths, to creep beneath rhododendrons, to find the spaces between fences" Highly recommended!

Dubbed "this year's Gone Girl," Reconstructing Amelia engulfs readers in a torrid whirlwind fueled by the petty cruelty of teenage girls in a world of wealth and privilege most of us can only imagine- but the relatable struggles of the central characters are recognizable in the reader's lives. Moments of the novel have you remembering the "mean girls" from high school, or the time you didn't feel like a competent parent, right up until you made that decision you knew you shouldn't have, but went right ahead. Reconstructing Amelia will entice you, frustrate you, and have you asking why- but ultimately you'll eat up every dark page.... This novel is for when you are bored with the lighter, happy-go-lucky beach reads and are ready for a read that will not only grip you, but take over your life for a few days.

Sea Creatures is the newest from A Book and A Cook favorite, Susanna Daniel (out 7/30/13). While the setting of this book is again near Biscayne Bay, it is a completely different story. Georgia stumbles back home to Florida with her husband and son, following a string of bad luck and hoping for a new start. Her husband suffers from sleep disorder and her son has suddenly become mute. In the relative comfort and safety of her living in a houseboat near her father and step-mother, Georgia takes a job as an errand runner for a hermit-like resident of Stiltsville. Her new world offers her the chance to explore the woman she has become which forces her to choose between her husband and son and the reasons for his inability to speak. Unpredictable, immensely engaging and lovely, this book again showcases the amazing writing gift that Ms. Daniel's possesses.

Hugely popular "Queen of the Beach Read" Mary Kay Andrews does it again! When Grace discovers her husband is cheating she impulsively drives his expensive sports car right into their pool! From there her live seems to go downhill. From court-ordered divorce therapy to living again with her mother in less than perfect conditions, Grace tries to find the strength to pull her life back together and joins her divorce group members in doing just that! As with all of her books, Mary Kay keeps you guessing- just when things can't seem to get worse, they do, and when everything starts to look rosy, the other shoe drops! A fun, fast-paced read that will have you cheering Grace with a cold glass of Chardonnay!