After thousands flock to St. Johns County beaches, officials decide to shut them down

Distillery lends a hand - sanitizer - in battle against coronavirus

Jury: 'We've reached a wall. Can we be released for the night?'

JACKSONVILLE, Fla. – Twenty hours into deliberations in the Michael Dunn murder trial, the jury asks the judge just before 7 p.m. if they could be allowed to rest for the night and start again in the morning.

"We have reached a wall for this evening. Can we be released for the night?" the jury wrote in a note to Judge Russell Healey.

"This is one admirable group that's clearly taking this as seriously as they should," Healey told the courtroom, then brought the jury in to release them. He urged them to get some "good rest" before they resume deliberations at 9 a.m. Saturday.

That question came eight hours into Friday's deliberations, trying to reach a verdict on whether Dunn committed murder or was defending himself when he fired 10 shots at an SUV full of teenagers, killing 17-year-old Jordan Davis.

Judge Healey answered the question, "Yes they can." Any count they cannot reach a unanimous verdict on could be declared a mistrial, and it would be up to the state if it wanted to re-file the charge and hold a second trial.

"It sounds like they're close, so we'll just hope for the best and be in recess until we hear more from the jurors," Healey said.

The jury also asked if they could take a 30 minute break, which was immediately granted.

Dinner was ordered in, so it appeared that the jury would continue deliberations into the evening.

Healey said he had researched the legal precedent for deliberations on weekends, and it appears the jury could be asked continue trying to reach a verdict both Saturday and Sunday, if necessary. 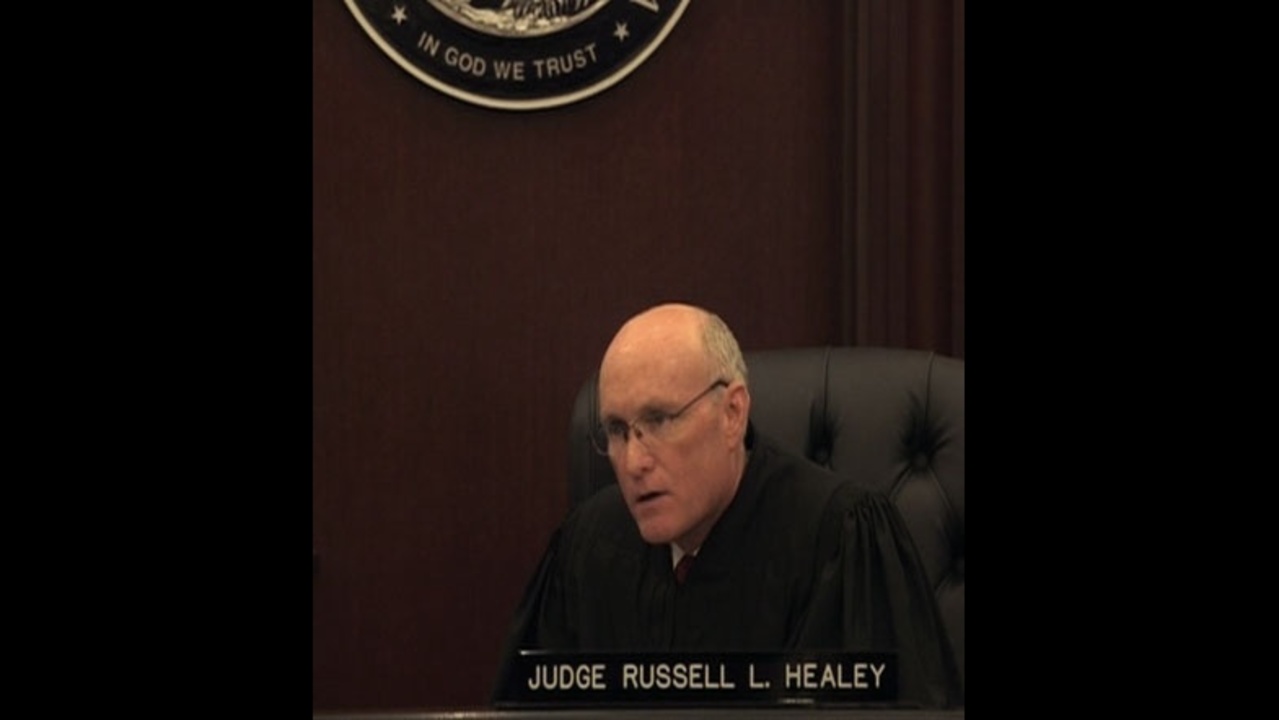 The jury's late-afternoon question was the first time they communicated with the judge Friday.

As Davis' parents arrived at the courthouse more than eight hours earlier, Ron Davis said he was optimistic about the verdict, and thinks the jury taking its time to come to a decision is a good sign. Jordan's mother, Lucia McBath, said, "We're just praying for a just verdict."

Some court observers were beginning to speculate on a deadlocked jury, but others say it's not uncommon for a 12-member jury to go this long, particularly since they have to reach verdicts on five separate counts: first-degree murder, three counts of attempted murder -- one each for the other three teenage in the SUV -- and one count of firing into an occupied vehicle.

Rhonda Peoples-Waters, an attorney providing legal analysis for Channel 4 during the trial, said that possibilities of the jury finding Dunn guilty of a lesser charge, or even reaching a deadlock are now being discussed.

"They can come into agreement on some of the counts, and not others," she said.

For perspective, George Zimmerman's six-member jury deliberated for 16 hours before finding him not guilty. In the highly publicized trial of Jerry Sandusky, who prosecuted for sexual crimes against children, it took jurors more than two days find him guilty. In the case of Scott Peterson, who was convicted of killing his wife and unborn child in California, the jury deliberated for seven days.

"There's always the possibility that they will come back to the judge and say 'Judge, we cannot reach a decision,'" said Gene Nichols, another lawyer helping give perspective to this trial for Channel 4.

The National Criminal Justice Reference Service shows that the biggest factors in cases that end with a hung juries are:

Attorney Cory Strolla made arguments during his defense of Dunn that the state's case was not beyond a reasonable doubt and he did question the thoroughness of the Jacksonville Sheriff's Office's investigation.

Nichols has defended clients whose trials have ended with a hung jury.

"The jury will come back and tell the judge, 'We cannot reach a decision.' And when they do that the judge is going to send them back in and just say, 'Talk about your issues. Go back and give it another try.'"

If the jury still can't reach a unanimous decision, "The judge will have to declare this a hung jury and everyone would have to go home, to try this case another day."

Nichols said Judge Russell Healey will not make this decision quickly or easily because retrying the case would be time-consuming and expensive. He said a second trial probably could not happen before summer.

As for the effect of the gender and racial makeup of the jury, studies have found that it's easier for people of similar backgrounds to talk to each other and reach consensus. The 12 people sitting in judgment of Dunn include four white women, four white men, two black women an Asian woman and an Hispanic man.

Studies reveal women are more compassionate than men in most criminal cases, although in cases involving sex crimes, women jurors are more ruthless. Jury experts say men tend to be harder on defendants who they believe are guilty or lying.

Nichols believes this jury will ultimately reach a verdict in this case.

"It's not very common to have a hung jury. At some point and time jurors recognize they need to make a decision," Nichols said.

The only time the public has seen Healey so far Friday was just after deliberations began when he told spectators and lawyers they were no longer able to wait in the courtroom for a verdict since there was concern that those in the jury room could hear muffled sounds coming from the adjoining courtroom.

The jury will remain sequestered for the duration of the trial. Healey also made the decision Thursday afternoon to also keep all four alternate jurors sequestered in case any of them was needed to step in for one of the 12 jurors currently in deliberations.

The court administration said that the media will be given at least 30 minutes notice when and if a verdict is reached before it will be announced.