JACKSONVILLE, Fla. – How many times have you heard News4Jax anchors say this: "Call Crime Stoppers anonymously to report what you know about a crime, and your could receive a cash reward if your tip leads to an arrest."

Despite how often you hear it, some of you may still be skeptical about that anonymity.

Even one of the local Crime Stoppers organizers says it's a challenge getting people to realize the program is centered around making sure calls are anonymous.

"The program has been in operation around the country for over 30 years," said Wyllie Hodges, executive director of First Coast Crime Stoppers. "If we even lied to the people and told them it was anonymous and they found out it wasn't, we'd have to shut the doors."

We still wanted to bring you more proof. Read on about the case of Richard Collier.

It's been nearly seven years since the former Jacksonville Jaguars offensive lineman was shot 14 times in a Riverside neighborhood.

The attack paralyzed him from the waist down, and later his left leg had to be amputated. 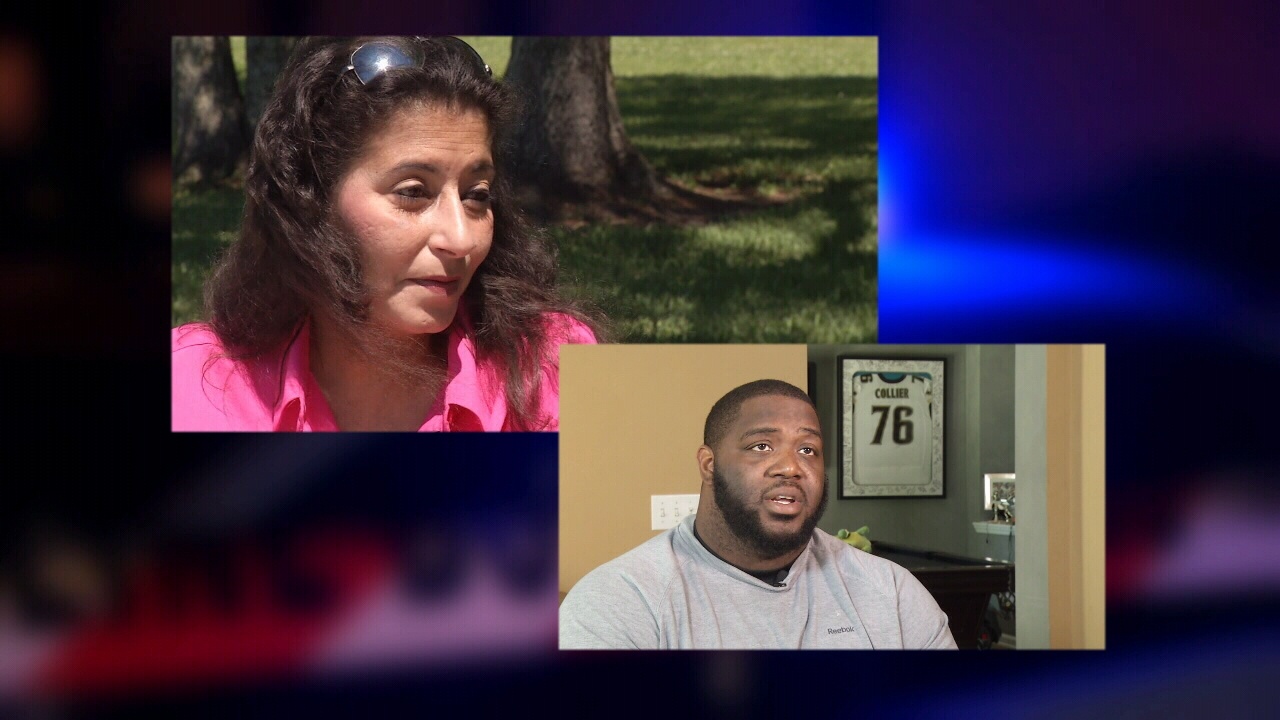 His shooter was caught, thanks to a tip called in to First Coast Crime Stoppers.

We also spoke with Darlene Farah. Her 20-year-old daughter, Shelby, was shot and killed as she worked in a Metro PCS store in Springfield.

Again, a suspect was caught because someone called Crime Stoppers with a tip.

Both Collier and Farah are thankful for whomever helped catch the suspects in their cases by calling Crime Stoppers, and both praised those whose identities remained secret when calling in a crime tip.

How identities of callers are protected

When you call First Coast Crime Stoppers, your call goes to a call center in Canada, and they are forbidden to use caller ID. The callers are given a code number and that's the only way Crime Stoppers can identify them.

Callers use that code number to communicate with Crime Stoppers, and to collect the cash reward if the crime tip leads to an arrest.

Tips sent online and by cell phone text work similarly; the person's identity is never known, but the tipsters receive a cash reward if it leads to an arrest.

"We can't trace them to you, and if you try to give us a name we don't take it," Hodges say adamantly. "We don't want to know the caller's name."

Tuesdays and Thursdays are designated for tipsters to check on the status of their tip, and see if they're due a reward.

Call coordinator Sandy was manning the phones at the headquarters office at an undisclosed Jacksonville location when News4Jax was allowed to visit.

When you call First Coast Crime Stoppers to report a tip, if police are needed immediately, the Canadian call center contacts them directly. If not urgent, the call center sends your tip information to Sandy at the Jacksonville office along with the caller's secret code number.

What kind of tips does Crime Stoppers take?

"Everything you can imagine," Sandy tells News4Jax. "From someone believing they've overheard someone talking about a homicide, to information about animal cruelty, to someone driving without a drivers license; anything."

Crime Stoppers rewards range from $200 to $3000, and can be greater if an individual, business, etc. adds more money to an existing reward.

Crime Stoppers also pays, after an arrest is made. "This is important, particularly when you're dealing with murder cases," Hodges explains.

"If you wait until murder cases go through after this appeal and that appeal, it could be years down the road. So it's important to know we pay upon arrest."

"First Coast Crime Stoppers are probably averaging in a year, helping solve between 800 and 1,000 cases," Hodges pointed out. "And the crimes range from misdemeanors to capital felonies."

It takes resources to provide funding for the rewards, which is closely approaching the $1 million mark since the inception of the local First Coast Crime Stoppers, according to the organization's website.

When people are convicted of any criminal offense, the organization explains in our Frequently Asked Questions section, $20 of their court fees goes toward Crime Stoppers in adherence to a Florida statute (938.06).

However, because so many people don't pay, Crime Stoppers has to request donations and hold fundraisers to make sure funds are available to reward tipsters.

"Here again, that would be a game killer and we'd have to shut down," Hodges said, adding that if promises made to reward anonymous callers weren't kept, "We just can't afford that."

For more information about First Coast Crime Stoppers, including how to donate to the nonprofit organization, check out our FAQs or visit FCCrimeStoppers.com. You can also contribute during a phone bank during News4Jax's Wednesday evening newscasts, 5-7 p.m.