Ramp up your digital security with the LastPass Premium password manager

JACKSONVILLE, Fla. – A proposal to swap state-owned conservation land at the Julington-Durbin Preserve for acreage 45 minutes to the north at Black Hammock Island is eliciting an early wave of criticism before it's been officially submitted to Florida regulators.

The preserve is roughly 2,000 acres of land on the Julington-Durbin Peninsula and it was turned over to state ownership as part of the state’s Conservation and Recreation Lands program. It’s managed through a partnership with the Florida Department of Environmental Protection, the city of Jacksonville and the St. Johns River Water Management District.

It was protected as part of a $17 million deal (the city kicked in $4 million with a unanimous vote from Jacksonville City Council) with a land trust that was partly owned by Bartram Park developer Tom Dodson.

Dodson is now floating the idea of getting 403 acres of that land back and building 1,400 homes in an already rapidly developing area. But he isn’t asking for the not insignificant parcel without offering something in return. Dodson is asking the state to accept the same amount of acreage on Black Hammock Island, which borders the Timucuan Preserve on the northeast side of Jacksonville.

Delaney was mayor at the time of the land’s preservation and said then the purchase “may well be the most significant environmental land purchase in Jacksonville.”

On Wednesday, he stood by that characterization, but cited pragmatism as a reason for supporting today’s proposed land swap. Delaney will start work with the lobbying and government relations firm Fiorentino Group in September. Dodson is one of the group’s clients. 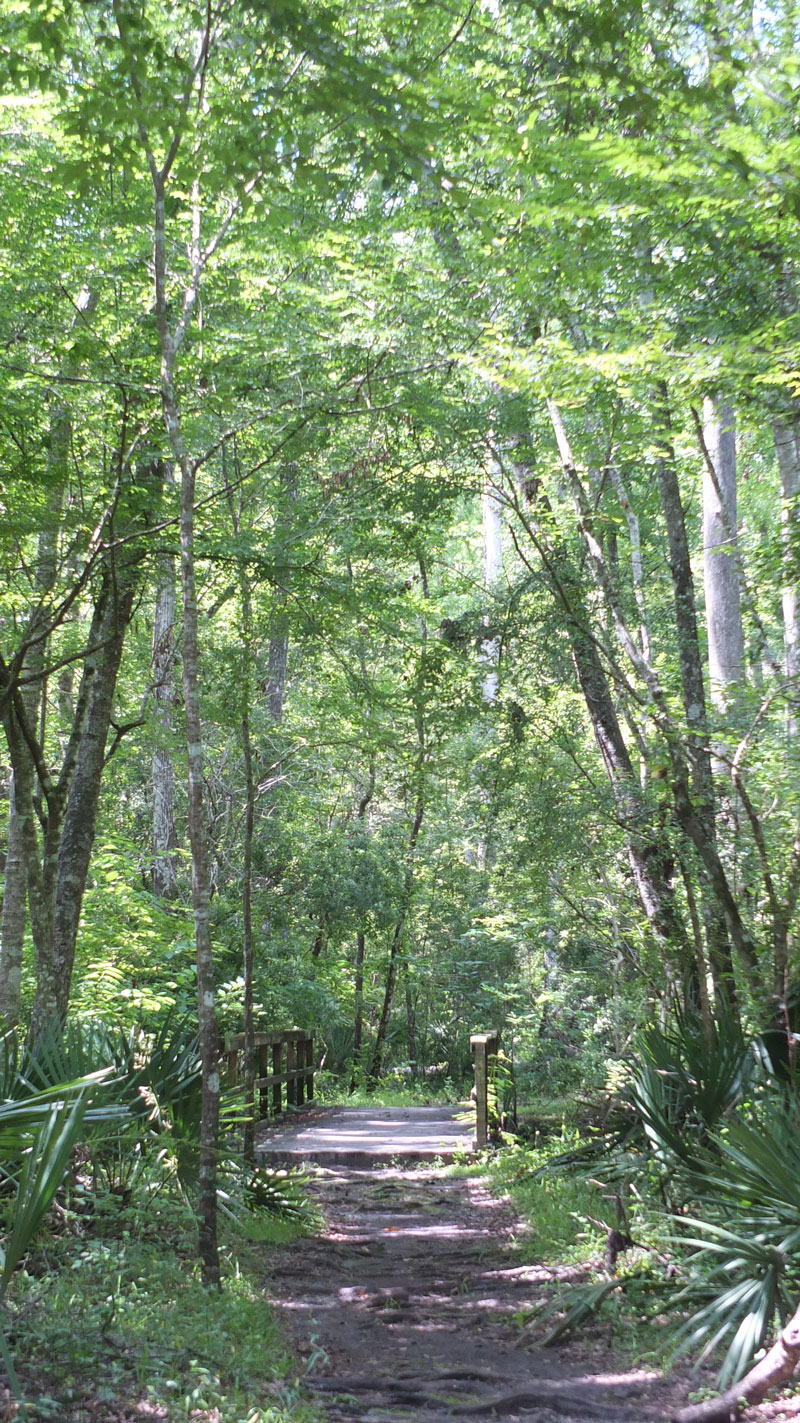 “I think it’s a reasonable swap,” he said. “Right now Julington-Durbin is not accessible. It’s an overgrown trail. You can’t even get to it. The city’s been charged with maintaining it and hasn’t had the resources over the last 20 years to be available to put into it to upgrade it. It’s really about a swap. People that oppose it are saying ‘well, I want Black Hammock Island as well.’ Well, that’s nice, but that’s not the option right now.”

Dodson is also offering to pay $1.5 million for Julington-Durbin park upgrades like new bathrooms, more paved parking and kayak and canoe launches. Delaney said that work is absolutely necessary. Delaney also said the Black Hammock Island land is already in the hands of developers like Dodson, who will develop it if the swap isn’t approved. That’s even though, according to the Times-Union, lawsuits and controversy surrounding the Timucuan-adjacent property has stifled past efforts to build on it.

St. Johns Riverkeeper Lisa Rinaman, and many listeners, vehemently disputed Delaney’s claims that the Julington-Durbin is inaccessible by pointing to the large number of people who visit the preserve for paddle boarding and hiking every day.

“I would argue if you think these trails are overgrown, you haven’t been out there lately,” she said. “I’ll be happy to take anyone out on a guided hike. In fact, we took about 30 folks earlier in May and it’s well maintained.”

Rinaman, who worked in Delaney’s administration during these preservation efforts, argued the state’s land-buying program, Florida Forever, should be utilized to purchase the Black Hammock property, adding to the conservation portfolio instead of picking favorites.

She called the choice between the two pieces of land a “false choice” and echoed other environmentalists in worrying the proposed housing development on Julington-Durbin would bring fertilizer and vehicle runoff into the creek and area wetlands.

Delaney pushed back hard on Rinaman saying the only people that think the choice is a false one are “if you’re doing yoga sitting in a Starbucks drinking a latte, but the fact of the matter is you can’t preserve both.”

The former mayor, known as a conservationist during his time in office, argued that the developer would be moving forward with housing on either one of the parcels and that Black Hammock’s planned development would release more harmful “nutrients” than the proposed Julington-Durbin one.

A formal proposal would have to be approved by a two-thirds vote of the Florida Cabinet, regulators at DEP and the St. Johns Water Management District before it can begin development.

A protest calling for a halt to the swap’s consideration is being held at Julington-Durbin Saturday, July 14.