JACKSONVILLE, Fla. – The Fourth of July is here, which means it's time to think about how you're going to celebrate. Specifically, where to find those classic foods that scream red, white and blue.

In the spirit of freedom, Hoodline crunched the numbers to find Jacksonville's top all-American dining destinations, using both Yelp data and our own methodology to produce a curated list of options.

Sure, they’re not native to either the United States or the old British colonies, but few things seem more American than that summer staple, the hot dog. Jacksonville, we’ve got ideas on that.

1. All American Hot Dog And Sandwiches

Greater's All American Hot Dog And Sandwiches, located at 10365 Beach Blvd., is another top choice, with Yelpers giving the spot to score hot dogs, sandwiches and burgers four stars out of 47 reviews.

If you're craving classic American food like meatloaf, hamburgers or mac and cheese, consider a celebratory Fourth of July meal at one of Jacksonville's top traditional American restaurants.

Next up is Avondale's Biscottis, situated at 3556 St. John's Ave. With 4.5 stars out of 492 reviews on Yelp, the traditional American spot, offering breakfast, lunch, dinner, desserts and more, has proven to be a local favorite.

The Bread & Board, located in Riverside at 1030 Oak St., is another top choice, with Yelpers giving the traditional American spot, which offers brunch, sandwiches and more, 4.5 stars out of 354 reviews.

A solid option that conjures the feeling of the open road, one of these beloved Jacksonville diners can serve up grub that'll have you singing "God Bless America" in no time.

Topping the list is Gina's Delicatessen. Located at 803 Edgewood Ave. S in Murray Hill, the deli and restaurant, which serves breakfast, brunch and lunch spot is the highest-rated diner in Jacksonville, boasting 4.5 stars out of 32 reviews on Yelp.

Next up is South Riverside's Metro Diner, situated at 3302 Hendricks Ave. With 4.5 stars out of 658 reviews on Yelp, the traditional American diner has proven to be a local favorite. 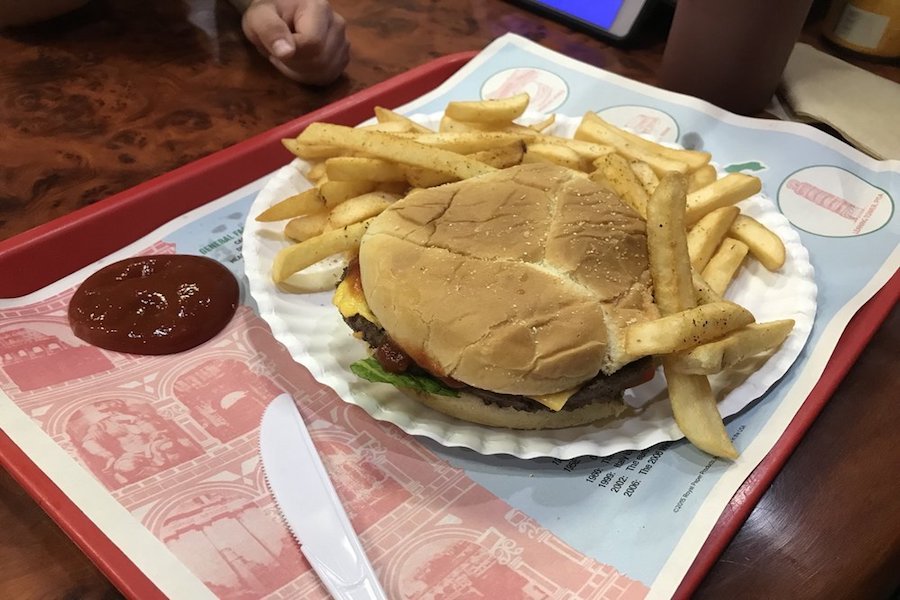 Westside's Bassil's, located at 6251 Argyle Forest Blvd., is another top choice, with Yelpers giving the diner and Italian spot, which offers salads and more, four stars out of 25 reviews.

This story was created automatically using local business data, then reviewed by an editor. Click here for more about what we're doing. Got thoughts? Go here to share your feedback.